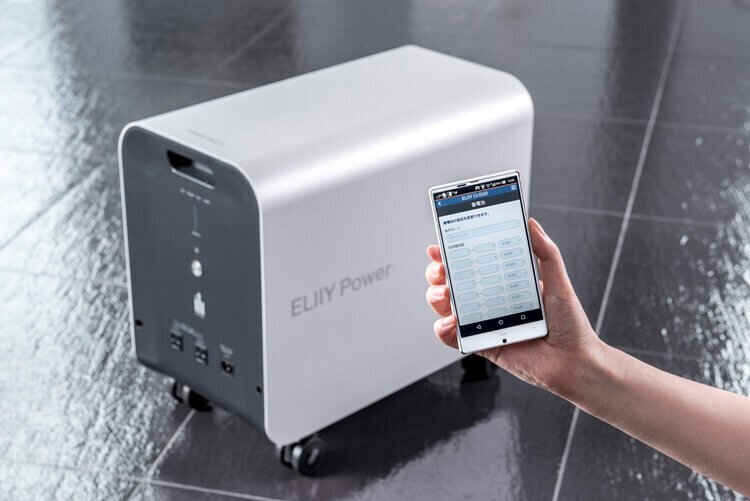 ELIIY Power has equipped its products with communications functions since the first model went on sale and developed remote monitoring technologies to monitor the operational status of its electricity storage systems. Using this technology and communication networks, we have taken part in demonstration testing of virtual power plants (VPPs) and demand response, where storage batteries are charged and discharged to respond to the demand for electricity. ELIIY Power has also rolled out initiatives that lead to the creation of new added value, such as IoT services that turn electricity storage systems into information and energy platforms.

Networking storage batteries installed in various locations enable the integrated management and control of electricity storage system distributed across homes, offices, buildings and elsewhere, which can be useful for electricity demand-supply adjustments. Advancements such as this will lead to a more abundant energy supply in the future.

ELIIY Power was adopted by the Ministry of Economy, Trade and Industry to participate in the Virtual Power Plant Construction and Demonstration Project and has been engaged in VPP projects since 2016.

* A Virtual Power Plant (VPP) uses IoT technologies to perform the integrated control of storage batteries, solar power plants, electric vehicles and other devices which are distributed in various locations, allowing them to function as if they were a single power plant. 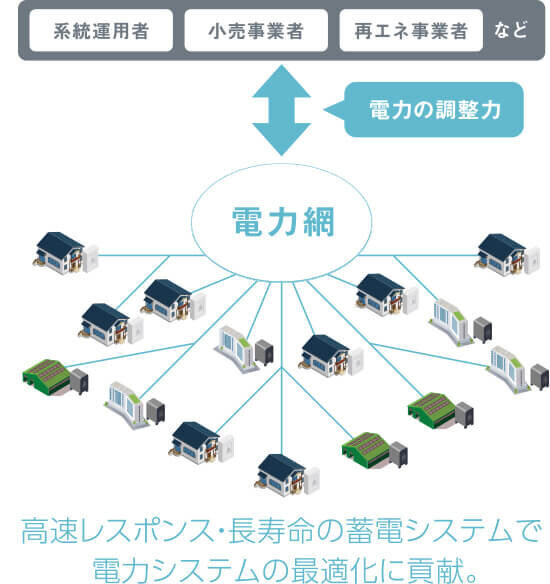 In the future, utilizing the electricity storage system infrastructure on the scale of tens of thousands of installations across Japan will help ensure the stable supply of power during an emergency and reduce environmental impact.

ELIIY Power is pursuing the possibilities of combining its electricity storage systems with NTT DOCOMO IoT technologies to utilize a new sensor platform and provide various services, such as a smart home that allows you to check the status of your home and control home appliances while you are out.

ELIIY CLOUD INTEGRATED, the electricity storage system integrated management solution launched as a service in February 2020, monitors the operational statuses of all electricity storage systems and allows their configurations to be modified all at once, reducing the task load of administrators. As a preparedness measure against natural disasters, the power outage status of each site or residential unit can be quickly ascertained, enabling a prompt on-site response to be initiated.